Gary Neville will focus his attention on making preparations as Roy Hodgson’s assistant ahead of the European Championship in France this summer, with England hoping to end fifty years of hurt by returning as champions. 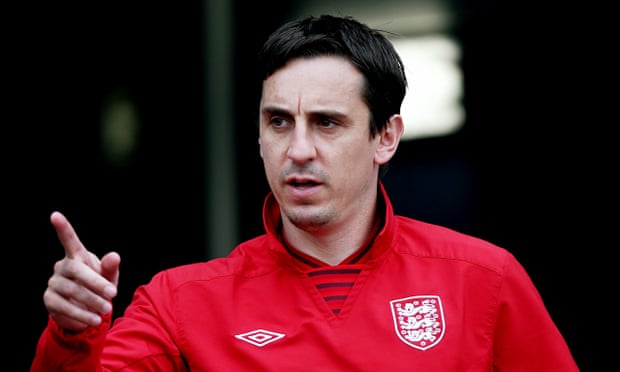 The former Manchester United right back must put his personal anguish aside for the greater good of his country, with the 41-year-old recently losing his job at Valencia following a poor run of form. He showed real humility and honesty in admitting that his record at the Mestalla was not of the standard that the club, and he himself, demanded, although it could be argued that the problems at Valencia runs much deeper than at managerial level.

Neville will certainly have learnt from his experience in Spain, and while Coral may include him in the odds race to replace Hodgson when the 68-year-old decides to call it a day, the England manager will look to his right-hand man to provide the guidance and assistance he needs to mount a strong challenge during Euro 2016.

Having a person who won eighty-five caps for England, and played under one of the best managers ever to grace the game in Sir Alex Ferguson during nineteen hugely successful years at Manchester United, as the assistant team manager has made an immediate improvement to performances on the pitch.

The entire England setup deserve praise for qualifying for Euro 2016 with a 100% record, and although critics will point to the fact that the group was relatively weak and posed no real challenge, you can only beat what is in front of you. Neville’s friendly and warming persona has certainly been welcomed by the players, who are reported to share an excellent relationship with an assistant manager with a bright mind and eye for detail in terms of tactics and coaching methods.

This bond will have to remain strong if England are to fulfil their position as one of the strong favourites, with ardent fans likely to back the team through Euro 2016 betting at Coral to go all the way. Neville will play a big role in trying to keep the players focused and in good spirits, particularly with the younger players who may hold the key to England’s chances this summer.

England certainly have the quality and talent within the squad to not only progress from Group B which contains Russia, Wales and Slovakia, but also make a strong case for the latter stages. Neville may have played in teams in the past which promised so much yet failed to deliver, but while expectation levels appear to be much lower than has been the case in previous tournaments, excellent performances in recent international friendlies against France and Germany provide signs of encouragement.

Dele Alli, Ross Barkley and Eric Dier have all shown maturity beyond their years in England colours, while Harry Kane and Jamie Vardy have brought their superb goal-scoring form from the Premier League onto the international stage.

England are certainly reaping the benefits of selecting players who are high in confidence, and it will be up to Neville and Hodgson to ensure that those that are selected in the 23-man squad are not only fit and ready to go after a long domestic season for their respective clubs, but also handle the pressure of representing their country at a major international tournament.

This is where Neville will play a crucial role this summer, and while the likes of Germany, France and Spain are considered stronger favourites than England in the latest Euro 2016 betting odds, the assistant manager will want to see the team play with passion, commitment and belief that might take them all the way.